<iframe src="https://www.googletagmanager.com/ns.html?id=GTM-MH5676" height="0" width="0" style="display:none;visibility:hidden"></iframe>Inspiring children with 'My Mum The Handyman' to help them consider a career as a tradesperson | Local Heroes

Our new children’s book, My Mum The Handyman, wants to challenge stereotypes and show school children that the trade industry is open to everyone...

While it’s true that the trade industry has traditionally been dominated by men, it’s also true that it’s high time to bust the myth that they are only for men. That’s why we’ve teamed up with award-winning children’s author Ros Asquith, who has written and illustrated My Mum The Handyman. The book is aimed at children aged 6-11, to show them that a career in the trade industry is open to everyone.

What is ‘My Mum The Handyman’ about?

My Mum The Handyman tells the modern tale of a young boy and how his mum, Ellie who is an electrician, saves the day at the school fair when a rainstorm causes flooding, leaks and a power cut. 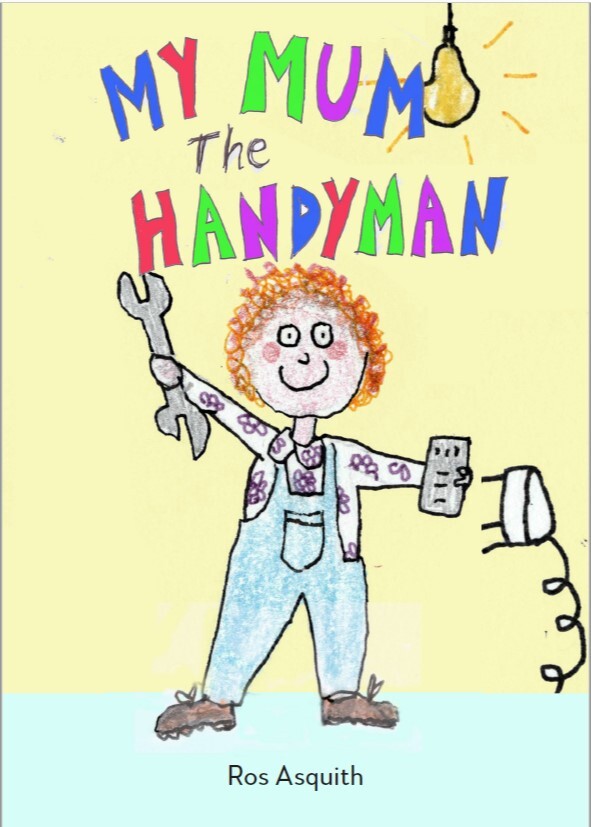 My Mum The Handyman comes following research of 1,000 British primary school children commissioned by Local Heroes*, which found that only 13% of primary school girls aged between 6-11 chose ‘trade roles’*** when asked what they wanted to be when they were older. Only 6% of the children surveyed selected ‘women’ when asked who they thought fixes things in people’s homes when they break, like a leaky tap or broken toilet.

With a female electrician as a core character, the book aims to give children a positive role model and instil in them the idea that anyone can take up a career as a tradesperson. If it’s true that children ‘can’t be what they can’t see’, then seeing a female electrician should help to alter perceptions, and eventually ambitions.

While things are definitely moving in the right direction – over the last decade, the number of female tradespeople has increased by 120% up to 33,000 in 2019** - there’s a long way to go until we reach gender parity in these roles.

“Stereotypes start from such a young age, which is something we want to change,” says Susan Wells, Head of Local Heroes. “We hope My Mum The Handyman will help young girls to see what an exciting and diverse role being a tradesperson could be, and inspire a new generation of female tradespeople”

Here at Local Heroes, we want to encourage women to take up a role in the trade industry, while our friends at British Gas are actively recruiting women for their award-winning apprenticeship scheme.

Find out more and apply for an apprenticeship here.

« Behind the book: in conversation with Ros AsquithLocal Heroines: Spotlighting Women-Run Businesses »