In November, we set the former Liverpool legend John Barnes (@officialbarnesy) and the former Everton star Tony Cottee (@TonyCottee9) head to head in a series of challenges putting their plumbing skills to the test.

On the day, Local Heroes Chris and Alex trained up John and Tony with some basic plumbing skills at the City of Liverpool College, before putting them through their paces with some tricky challenges – the Pipe Pressure Test and First to Flush.

England teammates they may have been, but local rivalries die hard and the one between the Red’s John and the Toffee’s Tony has never been healthier with each determined to settle old scores and get one over the permanent foe.

Watch the video below to see who went home with the bragging rights and, more importantly, their dignity:

After the final whistle

The final score aside and despite the bickering, both Barnes and Cottee enjoyed working with Chris and Alex and the chance to experience a new challenge.

“It’s nice to do something out of your comfort zone”, said Tony.

“Yeah, it’s interesting to see how all the plumbing works”, added John.

Furthermore, while there was a lot of laughter throughout the day, they both said it gave them a new sense of perspective on the level of skill required to do plumbing jobs. 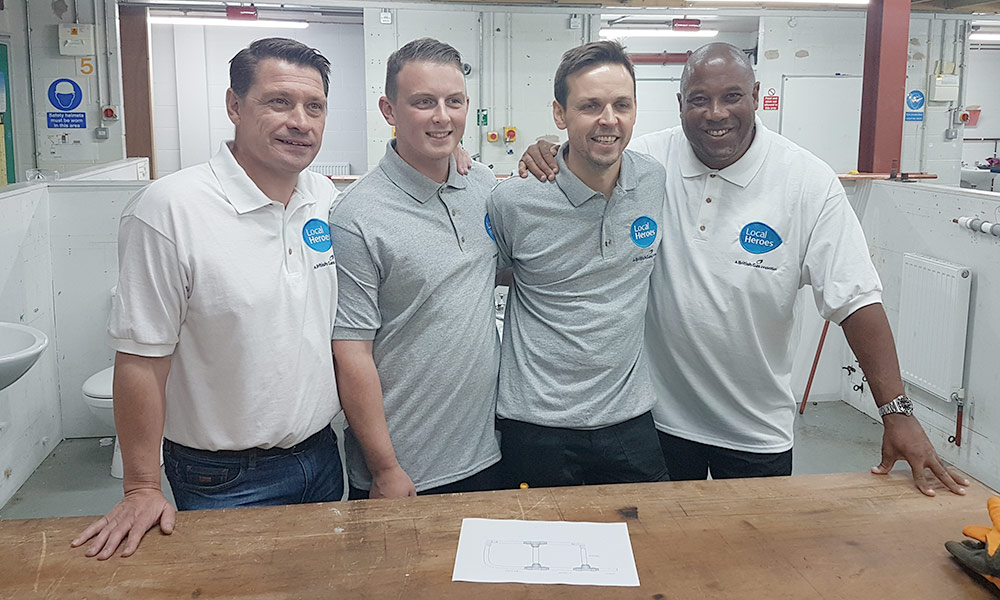 As John put it, “next time a plumber comes round and says a quote, I’ll know.”

"The next time a plumber comes around and gives me a quote, I’ll know"

Both John and Tony agreed that while they’ll now be happy to have a go at the simple jobs at home, the day's challenges showed them the importance of hiring a qualified tradesperson and not risking difficult jobs yourself.

“We're actually in need of a plumber at the minute so we're going to go through Local Heroes now” said John.

« Infographic - The Modern Tradesperson in NumbersRisking DIY – A false economy? »