The dirty white vans of tradespeople aren’t usually considered works of art – but in Brighton, Local Heroes set about changing that.

We commissioned Brighton artist Isaac Branco to take three white vans and, using his ‘clean graffiti’ technique, he brought to life some of Brighton’s most famous landmarks, such as the Palace Pier, the Royal Pavillion and the i360.

As you can see in the images and video below, the results are rather better than the typical scrawls normally seen on a grubby white van! 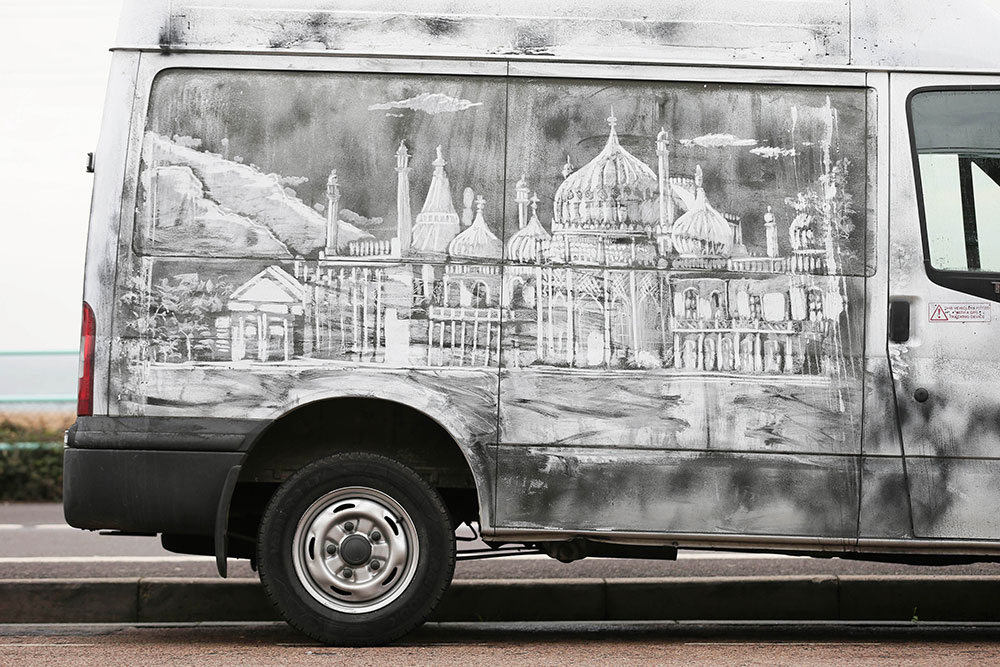 Better than 'WASH ME'!

For the uninitiated, clean graffiti is a process where layers of dirt are removed to create images – and it’s in incredibly delicate process.

“The vans look stunning and definitely don’t need a clean. It’s great to see the city’s landmarks come to life.”

Isaac has been working this way for a number of years and was delighted to be able to use his skills to recreate some of Brighton’s most celebrated structures. 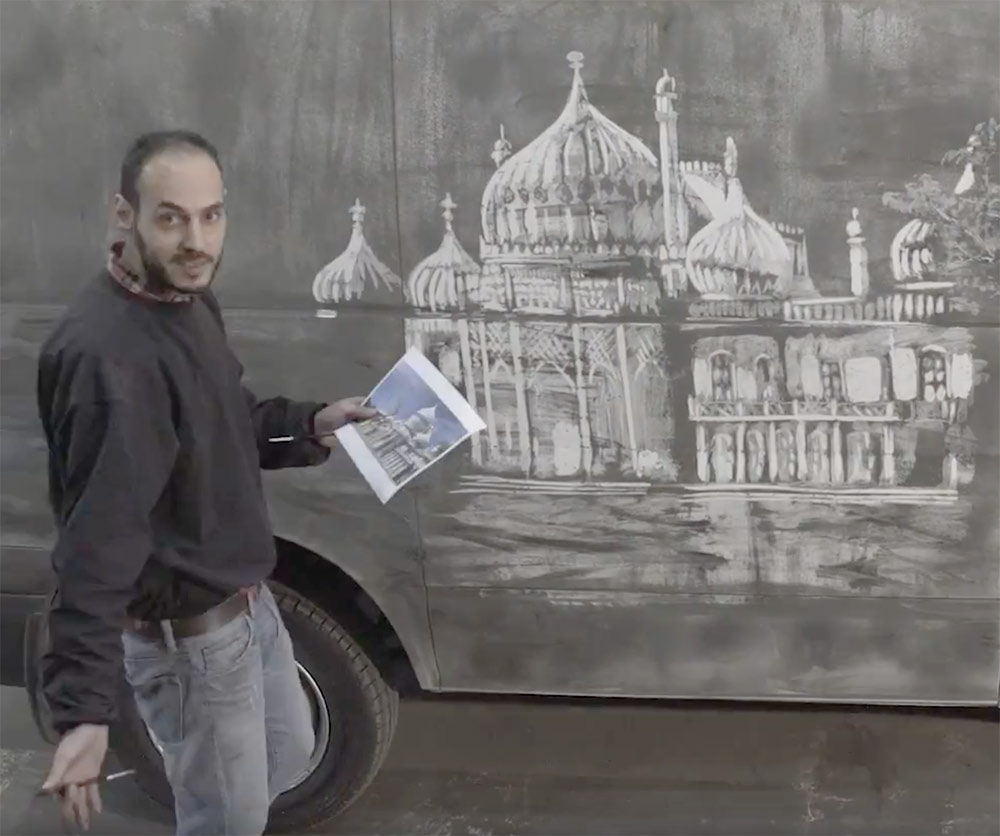 He said: “I think those are Brighton’s most iconic places, the Pavilion’s architecture is just beautiful and everyone who knows Brighton sees the pier as such a landmark.

“I first did street art as a teenager but, during my time studying fine art in London, I started to expereiment with different ways of creating. That’s when I first started doing clean graffiti.

“It’s quite an intuitive process, you take the focal point of the image and build up from there.

“I use brushes but also my fingers, because they give better control. You need to have precision – if you remove more than you should you can’t put it back.”

Isaac’s work was received warmly by passers-by – something he has become used to over the years.

“I use brushes but also my fingers, because they give better control. You need to have precision – if you remove more than you should you can’t put it back.”

“I’ve never had any problems with the authorities or anything like that,” he added. “Once people realise what it is I’m doing they’re always really positive and see it as a creative process that makes something good from something that was previously bad.

“The work for Local Heroes was no different.”

Local Heroes is committed to helping you find a trusted tradesperson in your area.

Brighton is just one of the places that we’ve helped countless people get their drains cleaned, doors hung or dozens of other jobs completed – and now your local hero may even be inspired to turn up in a work of art!