Local Heroes is celebrating this week after hitting our latest milestone – 100,000 jobs in customers’ homes! The achievement marks a new chapter in our growth by providing a range of on demand services meeting customers’ needs.

After a small launch in Croydon in 2016, Local Heroes expanded quickly to be nationwide by the summer of 2017, and by September we had completed 10,000 jobs with just four trades live on the platform. 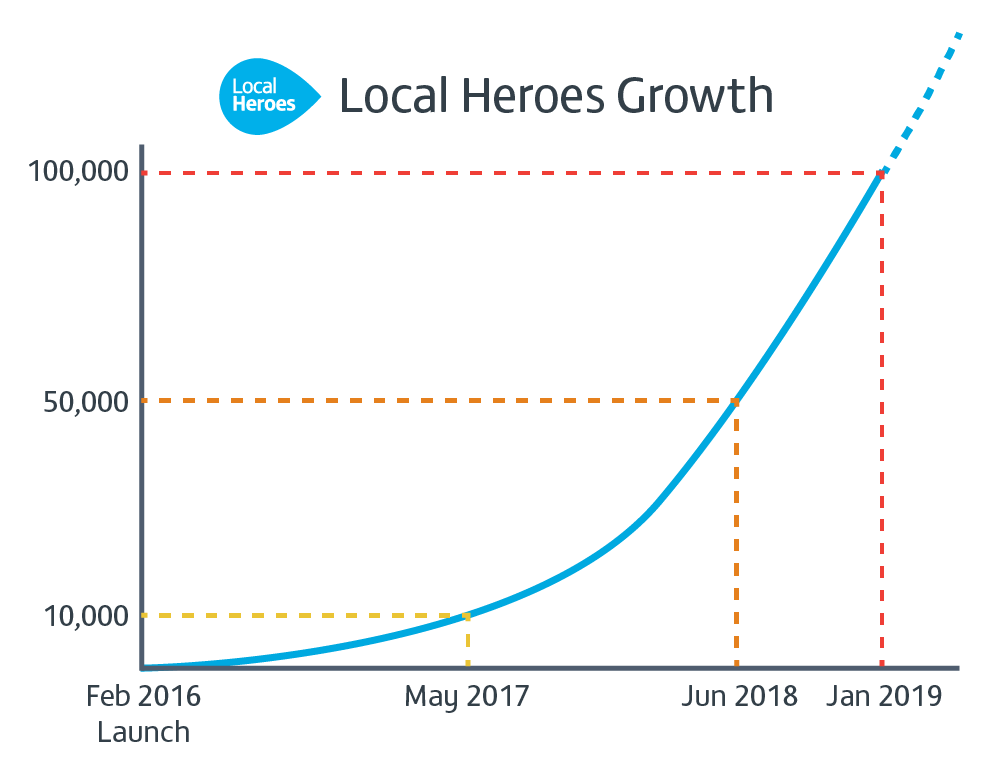 As awareness of the simplicity and security of our service grew, we continued to expand, launching new services for customers including tiling, painting & decorating, plastering and locksmiths. Today, we offer 15 services in the UK and two in Ireland, with plans to launch more already well underway.

After taking over a year to reach 10,000 jobs, we reached 50,000 in another nine months and 100,000 today in just six more. We are helping more and more customers every week in their homes.

Evidence of how people feel about the Local Heroes service is clear, we are the highest rated home services company on Trustpilot.

“100,000 jobs is a huge achievement which has been executed at speed”

Mat Moakes, Head of Local Heroes, says “100,000 jobs is a huge achievement which has been executed at speed. One of the fastest growing job platforms in the UK, we’re looking forward to adding more services to the 15 we already offer today.”